Recently I read an article that discussed how to ask better questions, particularly when establishing relationships. The author, Lila MacLellan, cited research by Harvard professors Alison Wood Brooks and Leslie John that emphasized the importance of asking follow-up questions. I gave this a try today as I met my first two classes of our summer term at SCC. I learned a lot about the students. One young man had just returned from touring California and Arizona with his ska band of three years. Another student was excited for her soon-to-be-born nephew, particularly because her sister has had three miscarriages. Another student had visited Las Vegas for the first time, another Chicago, and another was hosting her sister visiting from Alaska who hates it there and wants to move. As they all mentioned things about their lives, I was impressed by the expressions on their faces. Rather than seeing that glazed-over look that so often occurs on the first day (and sometimes afterwards), their faces appeared relaxed, open, and interested. When we finally got around to saying names (yes, we managed this whole conversation without actually mentioning names—my bad), each of the students had something interesting to remember about the others (and I found that their names were much easier to remember, too, when we got to that point).

The feeling of unity is often simultaneously subtle and remarkable. It seems to be characterized be a sense of well-being and pleasant expectation. After a class gets going, I know unity is developing when I walk to class with a smile inside at the prospect of spending an hour or two with that group; it is even more notable when I return to my office with that same internal smile. During class, I can see it in my students’ faces and body language: they’re relaxed but alert. They make eye contact with each other and with me. They smile more often. The inflection in their voices range from cheerful and joking to sincerely commenting or questioning. Their engagement, in turn, enhances the thoughtfulness of their comments. We still have down days as a class when people are tired, overburdened, or discouraged—or just plain out to lunch—but there are more good days than bad. The effects of the spirit of unity in the classroom are so pleasant that I’ve pondered its presence (and its absence). How is it created? How is it maintained? How much influence do I have over its presence—or is it just a matter of luck?

Although to some extent unity might be “luck of the draw,” I believe that unity is deeply connected to listening—and that teachers can therefore influence the growth of unity in the classroom. It begins with our modeling asking active questions and listening to understand before (or instead of?) listening to respond. As I interacted with these students, for example, I noticed that they opened up as I expressed genuine interest in them. I tried to listen carefully and ask follow-up questions, first to one and then to others; as I did so, everyone in the room seemed to be increasingly cheerful and interested in what was happening. I wasn’t faking it, either; as I paid attention, listened sincerely, and asked relevant follow-up questions, I was interested in them and their responses. This demonstrates two important principles: first, unity comes when people feel listened to. If students feel that my listening is sincere, they are willing to share more, and they are also willing to listen more attentively in return. Second, as I am sincere in my listening, I ask better follow-up questions, and I am more and more interested in both them and what they have to share. This listening and responding promotes that unified feeling I described above.

Listening has many purposes particularly in classroom settings; however, attentive in-the-moment listening can be a difficult habit to cultivate—particularly if we’re trying to help our students become good listeners, too. Many students seem programmed with “necessity” listening as an autopilot: they expect to listen just well enough to accomplish their perceived objective. They might think, for example, that they are only required to listen to the teacher, not to classmates. If it’s not directly related to course content, maybe the information or conversation is less important. Others might want to simply get to the point and then think about something else more interesting (the latest celebrity tweet, the latest text from a friend . . .). Unfortunately, this superficial listening often detracts from the whole purpose of listening in the first place. Rather than achieving comprehensive understanding, students who listen only out of necessity settle for a one- or two-dimensional understanding (or if their listening was even more fragmented, a distorted or incomplete understanding).

This is not to say that “necessity” listening, as autopilot, is entirely the students’ fault. I think, to some degree, we instructors might unwittingly foster disengaging listening habits. For example, we might be so preoccupied with communicating the content we have prepared that we talk too much, and the students will not stop us. They will submissively allow us to ramble on and on. In addition, we are used to being listened to, and so we might not catch that we are talking too much and listening too little. But this is a red flag, evidence that we are not listening to our students in ways that inspire real attentiveness, and thus lose the opportunity to model for students the behaviors we would otherwise encourage them to adopt. We do our students a disservice to set up as the norm the teacher-talks-students-listen dynamic, letting classroom time play out without challenging ourselves and our students to do better.

Another pitfall teachers might encounter in striving to create a culture of active listening is pseudo-listening, where we behave as if we are listening attentively, but we are not being sincere. Since this happened to me just yesterday, let me use an example to explain. In this same class I have mentioned in this post, we read a chapter in our text that examined successful teams and the group norms that foster team effectiveness (see Charles Duhigg’s book SmarterFaster Better). I had gleaned from the book a particular point that I thought was valuable, and I wanted to share it with the class. However, rather than just tell the students what my insight was and ask for responses, I asked instead a series of leading questions, trying to pull the students around to the point I wanted to share. This dynamic was tricky because it made me feel like I was encouraging dialogue and discourse, but it was not sincere because I did not truly want to know what they thought. I wanted to bring them around to what I thought. As such, I wasn’t really asking follow-up questions that would allow them to synthesize and discover. I instead was contrived to dress up my soap-boxing as an authentic learning moment; afterward, I did not feel good about that conversation. Was I passionate about the concept? Yes. But I did not leave class with that feeling of contentment that signals mutual understanding and edification. However valuable my insight may have been, pseudo-listening and soap-boxing left me feeling dissatisfied.

In contrast, if we create authentic opportunities, invite our students to speak, and then really listen to them, the important points will appear more naturally. Students will be more interested and the feeling of sincerity and authenticity will still be there. Too, they will many times say those important things for us, not needing our leading questions, which is even better. Let me give an example: On this first day, I saved time at the end of class to start teaching the students about annotating, which was the first homework assignment I gave. Many students have no idea what annotating is or how to use it effectively, but I wanted to discover what they already knew and make the instruction more memorable and interesting. So I put up the picture of a fingerprint and asked them to tell me everything they knew about a fingerprint. Because we had already broken the ice by conversing about the students’ summer activities, they were much more prompt in volunteering various bits of information. They seemed interested in the question, even though they had no idea why I was asking it (perhaps that stoked their curiosity; after all, it seems like a random thing to talk about in a reading/writing class). I made sure to write their responses on the board and asked follow-up questions again to elicit further explanations of each point. When I put up a picture of an annotated page and asked them to make connections between the fingerprint responses and the annotation, they made creative and interesting connections—I didn’t have to tell them what was important; I could just add my suggestions and ideas next to theirs. Indeed, they said most of the important things for me; I just had to ask the follow-up questions and emphasize where their insights were vivid, relevant, and helpful in understanding what annotating is and why it is important. In this manner, I was able to model behavior that I hoped they would exhibit: sincere interest, good follow-up questions, attentive body language. So far, it seemed to work.

It won’t be easy to maintain this every day. Listening takes energy, and some days both we and the students will be tired. However, if we establish attentive listening and responding as classroom norms, I believe that the spirit of unity will be present more often than not. Some of the best experiences I’ve had in education come when a group of different people create a sense of belonging, of listening, of liking, of contributing. We do not need to have the same opinion about every issue. But even if people are going to disagree with each other, the sense of being really listened to creates a bond between speaker and listener. It recognizes shared humanity and good will, fostering a belief in each other’s sincerity. Listening in this way is powerful because, when given, all participants are uplifted in the exchange. 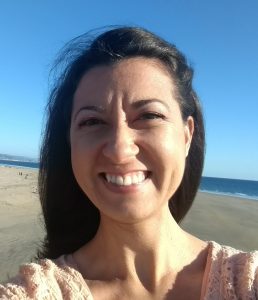 Mary Birdsall is an instructor of developmental English at Southeast Community College. She is interested in learning theory, as well as the impact of collaboration, discussion, and connection in classroom settings. You may contact Mary at mbirdsall@southeast.edu.