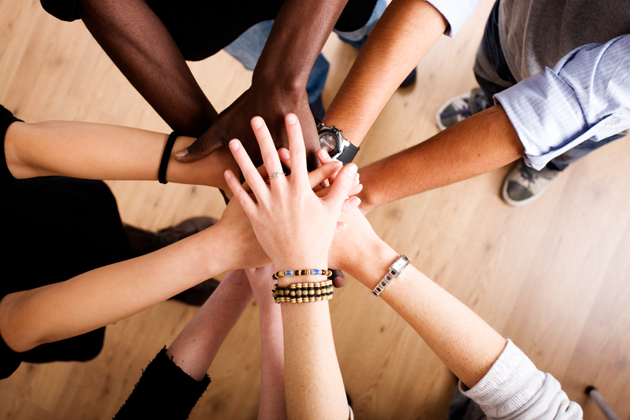 A brief, but not exhaustive, list of my favorites would include good coffee (that’s on yours too, isn’t it?!), hydrangeas, quirky music, hiking and skiing, creating just about anything – you get the idea. I also feel fortunate that teaching and learning remain steadfastly on my list of favorites, and coming from a person who loves to add and delete from an ever evolving list on just about any topic, that’s noteworthy.
I have worked with learners from preschool to college, some of whom have been middle aged. I’ve also facilitated workshops for educators.
And I love it all.
And I realize that even when I’m the teacher, I’m also very much the learner.

My ‘day job’ is teaching elementary students which certainly keeps me busy and challenged. A couple of years ago, however, I realized that with my own children grown and moved out, I had time in the evenings to take on a new challenge. This realization turned into the fortuitous opportunity to teach developmental community college readers and writers as an adjunct two nights a week. I have learned more than I expected, and I hope the learning opportunities I’ve offered to my students are at least equal!

Nuts and bolts issues from navigating two different educational institutions’ digital systems has been a steep learning curve and one I expected. It’s all different, right down to whether to use OneDrive or Google Docs. I’ve also learned that since my developmental class is often one of the first classes my students take in their college experience, I need to slow my roll.

Oh! I’ve also learned that I need to get everyone’s phone number – with a promise to not blow up their phones with texts from me – merely to be able to contact them that way if email isn’t working.

I’ve learned that each student is at a different level of proficiency with their reading and writing skills, as well as differing levels of confidence. Some students need work on writing complete sentences, some need work on conjunctions or possessives. One student gave me invaluable feedback when he commented on how much easier it is to write his thoughts once he’s talked about them. I can’t assume students have been given that chance in the past, and it’s my responsibility to make sure I build that piece into preparing for each essay. As we tackle close reading a college text and use critical thinking in our discussions, our developmental students strengthen these skills.

But the magical thing I’ve learned is that the world can meet in one classroom and beautiful friendships can form.

I’ve seen a Yazidi man befriend a young man from El Salvador. This young man shared that when he was younger he felt suicidal because he had an undetected hearing impairment and didn’t have friends. Embracing him in a hug, the Yazidi man said, “We’re your friends now!” as I searched for tissues for us all. On another night when the same Yazidi man came into class I greeted him as I do everyone with a calm and friendly “Hi! How are you?” He spread his arms wide and exclaimed exuberantly with a huge smile, “I am FREE!!”

I’ve seen a woman from Nigeria and a woman from India become fast friends as they saved each other seats in class each night. In another class, a woman from Bosnia who wrote about the horrors she had endured as a girl became friends with a Syrian woman who was expecting her second child.

I’ve learned that Congo is different from the Democratic Republic of Congo, and I learned not to upset a young man from North Sudan by dragging my little Google map guy onto the street view of his hometown. I thought this would be a treat for him, but it was not. He was homesick. This was the same man that talked about his “lovely little car” that got him to and from his graveyard shift at a packing plant. When he was pulled over by the police for a broken headlight on his lovely little car, all he could think about as he struggled to explain to the officer, is that his mother back in North Sudan had been worried about what would happen if he had an encounter with the police.

We create communities in our classrooms, and many of these students have been more willing to speak in English in front of a group when they realize that they are working on similar challenges. I’ve learned that it’s hard for a Japanese woman to befriend Americans even though she wants to because when the subtleties of English are lost on her, she doesn’t want to ask for repeated explanations. So she makes friends with other people that have immigrated to the US because they share this same loneliness.

Don’t we all need to know that?!

I’ve also learned that a young man who grew up not far from where I now live, grew up in a manner light years away from my experience. When he and his friend were playing in a broken down car, they found a gun someone had ditched under the seat. His buddy proceeded to shoot it, then they scattered to their homes. His personal narrative told this story, and how the cops showed up at his door soon after. I’ve also read the narrative of a young man who said nothing good had ever come from anyone with his last name, except that he and one sister are trying to stay clean and be successful.

I’ve learned that sometimes college students might look grown up, but they still like stuffed animals and Cinderella costumes. And they do NOT think there should be class on Halloween.

I’ve learned that for all learners (even when they are teachers!) there is a certain level of vulnerability that needs to be acknowledged, respected, and supported.

In this way, we are all alike.

Teaching developmental readers and writers is steadfastly on my list of favorites!