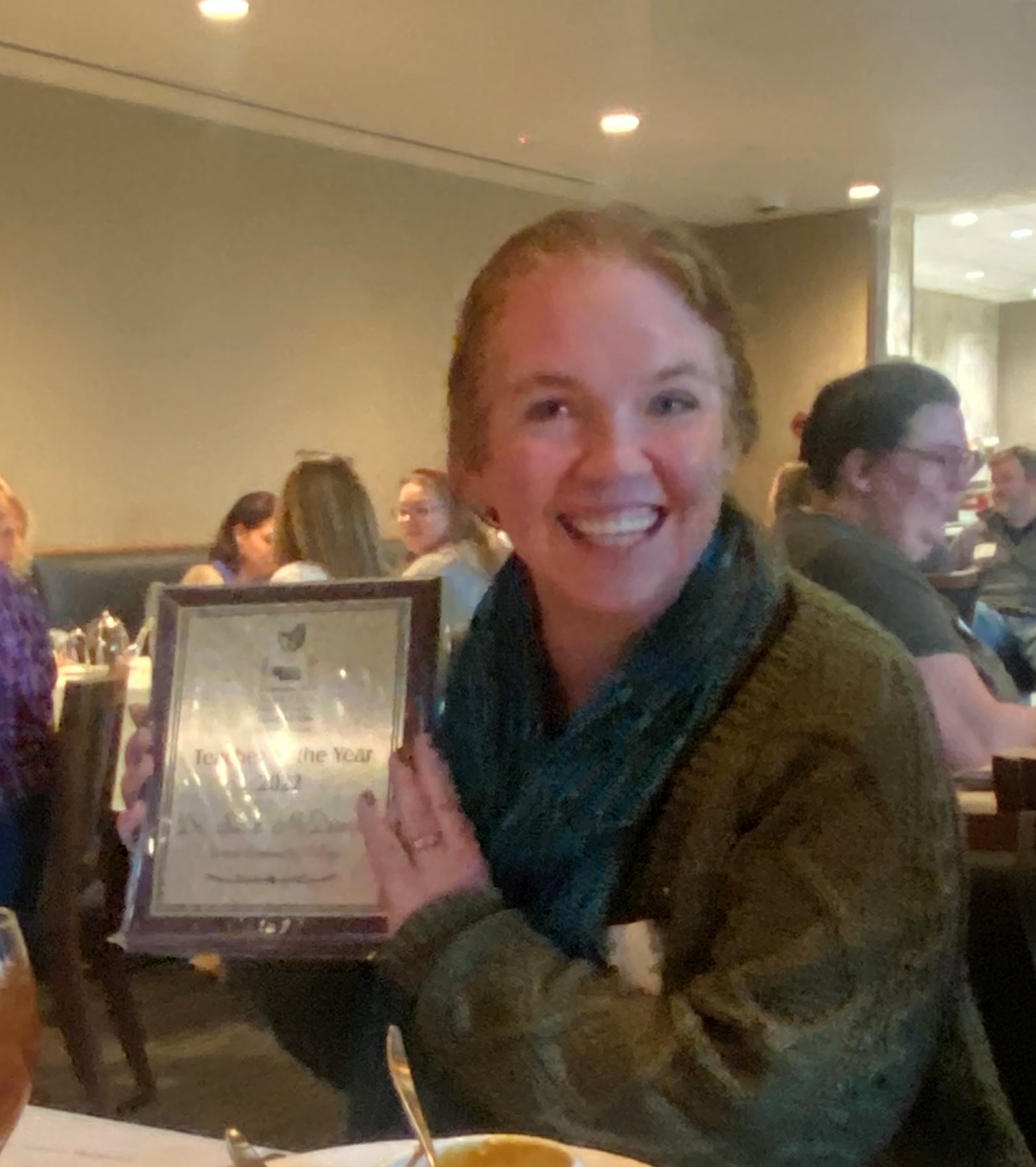 Dr. Susan McDowall, CCC English, received the Teacher of the Year Award for her effectiveness as an instructor, her leadership, and compassion she provides to students. Her talents as an instructor has been an evolving journey of self-improvement, seeking out workshops, conferences, and trainings on improving her practice and pedagogy. “Susan puts in many extra hours revitalizing her courses every semester,” her nominator writes. “Her interactive teaching style and use of technology engages students who are traditionally very hard for our college to retain.”

At CCC, Susan’s leadership on the Gardner Project, which focuses on improving the success of students in gateway classes through the creation of inclusive and equitable teaching practices was highlighted. Susan has led this group to focus on how to improve learning for BIPOC and First-Gen students. She also serves as a role model to other faculty in these meetings by presenting what she has implemented in her own classroom.

She focuses on building community and increasing motivation and for her students with the classroom culture that she creates. Outside of the classroom, Susan contributes to inclusivity and equity on campus by volunteering as a faculty advisor for our multicultural student group.

“It is a blessing for an institution to have a faculty member who cares so much for effective instruction, assumes leadership roles, and strives to build a strong culturally inclusive community on campus.”

Cheney Luttich, SCC English, was selected by Nebraska’s chief academic officers after being nominated for her dedication to her growth as an instructor and leadership in supporting her colleagues’ own professional journeys. “The support and advice I receive from my NDEC colleagues shapes my ever-evolving pedagogy, so being recognized for my work is also a reflection of this community,” she said.

An adjunct for many years at several Midwest colleges, Cheney stands out as being “deeply invested in not only her own development but also in the development of those with whom she shares the common goal of serving students and supporting their success at ever higher levels of engagement.” Her genuine desire to see her students succeed within, and beyond, her class was highlighted in her nomination. “She remains focused on what students can reasonably be expected to master for future classes and employment situations and designs her courses with both the specific competencies and transferrable skills students will need to move forward confidently as they continue their personal, academic, and career trajectories.”

Cheney’s contributions to SCC and to faculty across our seven colleges has been a consistent characteristic and professional emphasis. She has presented at two conferences and a webinar, contributes to NDEC’s “Voices” blog, and shapes statewide professional development with her work on the NDEC Leadership Team.

She enjoys watching her two daughters play volleyball and do Tae Kwon Do, and she is secretly thankful they both chose indoor sports because “I love air conditioning and extreme temps make me grumble.” 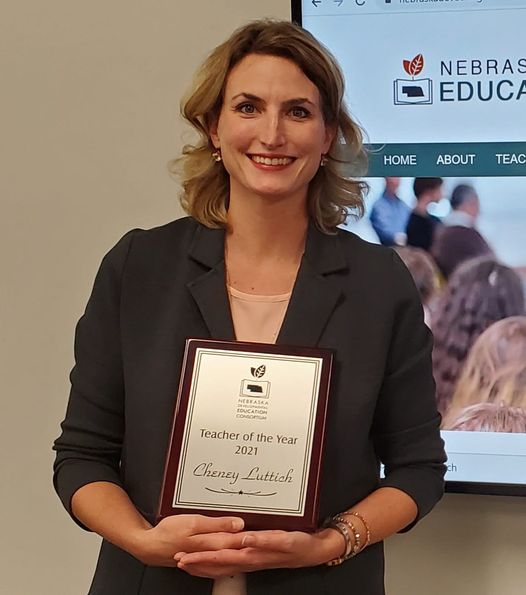 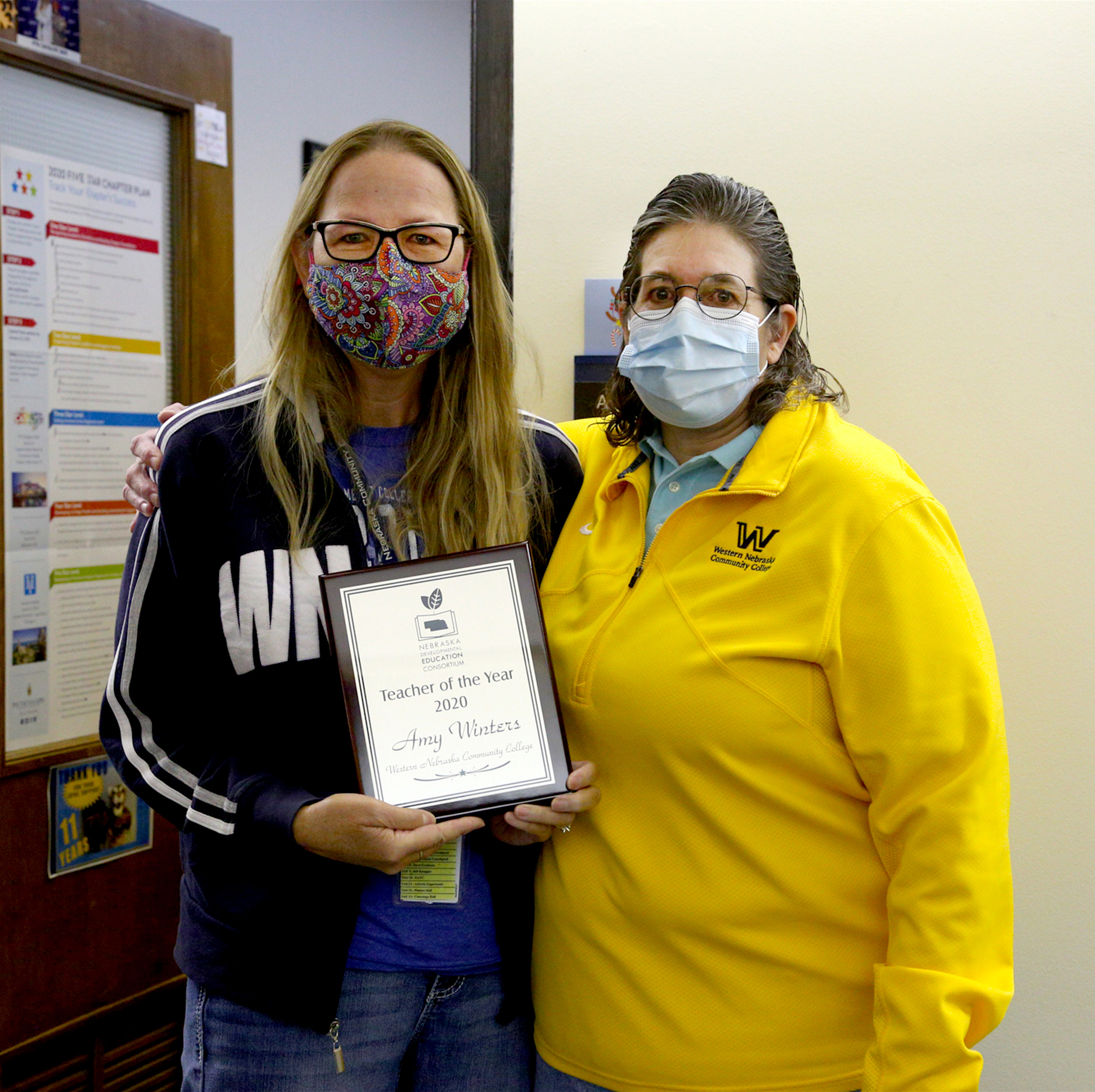 2020: Dedication in mathematics adds up for Winters

The recognition is organized by the Nebraska Developmental Education Consortium of faculty that strive to support innovation in service of students who face the most challenges in post-secondary institutions. Vice presidents of instruction, representing colleges across the state, make the final selection among nominees.

Winters, who began teaching mathematics at WNCC in 2006 part-time, was nominated by her dean, Dr. Hallie Feil, who wrote: “We all know that math has been shown to be a major obstacle for community college student completion.  Amy works tirelessly to ensure that students have what they need to be successful both inside and outside of the classroom.”

Now the division chair of mathematics and science, Winters has been a state leader in instituting the Nebraska Math Readiness Project, which prepares students for college-level success, and has become an NDEC leader in supporting other mathematics instructors across Nebraska.

Ultimately, for Winters, what fuels her is the relationship she has with students. “It makes my heart happy when I hear comments like ‘I am really having fun in this class,’” she said. “I love it when students say they could never do math and now they get it. These students work their tails off and it is awesome to see how proud they are when they do well in the class.”

Winters earned her an associate’s degree from WNCC before her bachelor’s degrees in psychology and math, as well as a master’s in math education from Chadron State College.

“No student could ever complain that [Amy] acted as if she did not care or was not willing to spend whatever time necessary to help them,” Feil added, noting that Winters volunteers for many activities at the college and supports the athletic teams.

English instructor Kim Ostdiek of Central Community College was named “Teacher of the Year” by the Nebraska Developmental Education Consortium (NDEC) on Sept. 27. The award was presented at the NDEC conference held in Lincoln at Southeast Community College.

Kim has taught English at CCC- Columbus Campus for over twenty years and was selected among nominees by college vice presidents from across the state. Some of the criteria for the Teacher of the Year award include: inspiring all students to learn; making materials accessible to all students; working for the best interests of the students; and empowering students to advocate for themselves while modeling and encouraging success strategies.

“I most value witnessing students develop confidence as they discover their own voice and perspectives through reading and writing,” said Kim, who’s also taught for Southeast Community College and the Platte Valley Literacy Association during her career.

Her nomination letter highlighted many of these criteria and qualities. Kim is a consummate professional and part of an amazing team of instructors in the English Department on the Columbus Campus. She was instrumental in the transition to Integrated Reading and Writing courses (IRW) and was a participant in statewide PFI grant committee work to align competencies and placement cut scores for the community colleges.

“Kim’s work with students is exemplary,” colleague Rebecca Bartlett of Kearney said. “She is a caring professional who works to ensure positive learning experiences for her students. She regularly adjusts her teaching strategies and methods to meet the individual needs of the students and she goes out of her way to provide whatever support is needed.”

Since 2015, NDEC is a collaboration of English and math teachers and learning support staff who strive to improve two-year college student success in Nebraska. 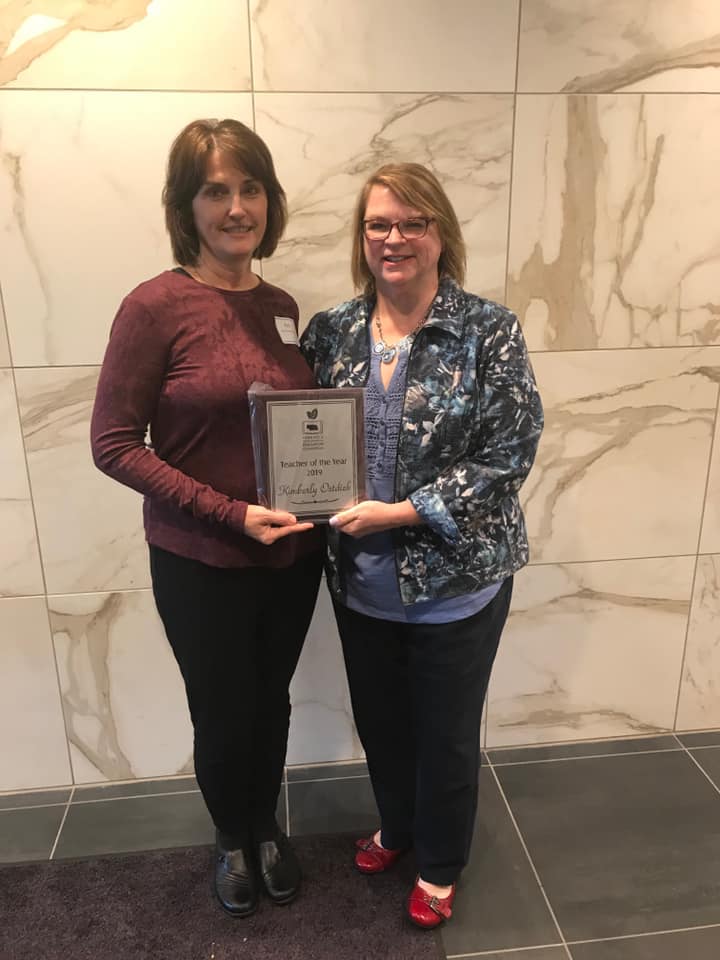 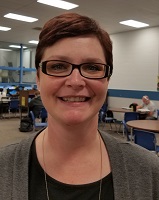 English instructor Amy Doty was named “Teacher of the Year” at the Nebraska Developmental Education Consortium in Norfolk. Doty has taught English at Southeast Community College for almost two years. Prior to SCC, she taught at Metro and Central community colleges.

“Doing what I love within a community of brilliant, supportive educators is both an honor and a privilege,” Doty said. “If, indeed, I've served students well, it is only because others have encouraged and cultivated this potential in me.”

Nominees for this award are from the six community colleges in Nebraska and are selected by administrators. Doty was chosen for her contributions to student success and professional development. She helped lead the design of an accelerated pathway for students to complete English requirements. She also co-created a professional development resource for colleagues to learn and engage in best teaching practices.

“Amy is a teacher who is ‘all in’ for her students,” said SCC English co-chair, Dr. Phip Ross. “Her energy and intellect shapes not only her classroom but our entire building and is at work across our state.”

Since receiving the award, Doty has continued to make local, state, and national contributions to developmental education. She leads the National Organization for Student Success network for integrated reading and writing instruction and continues to be a valued member of the NDEC leadership team. At SCC, her research into online instruction has led to collaborations that have re-designed curriculum to improve student learning and completion.

The NDEC consists of English teachers and learning support staff who collaborate to improve two-year college student success. It started in 2015.